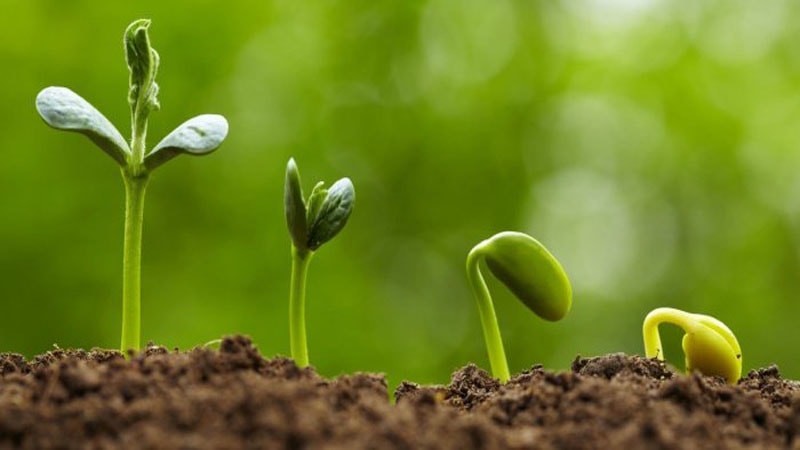 As a Doctor of Medicine, and a descendant of a French Catholic family, the very choice of my profession has given me a solid scientific culture that had prepared me very little for a mystic life.  Not that I did not believe in God, but that the dogmas and rites of Christianity in general and of Catholicism in particular never permitted me to feel His presence.  Thus my unitary sentiment for God forbade my accepting the dogma of the Trinity, and consequently of the Divinity of Jesus Christ.

Without yet knowing Islam, I was already believing in the first part of the Kalima, La ilah illa ‘Allah (There is no deity but Allah), and in these verses of the Quran:

So, it was first of all for metaphysical reasons that I adhered to Islam.  Other reasons, too, prompted me to do that.  For instance, my refusal to accept Catholic priests, who, more or less, claim to possess on behalf of God the power of forgiving the sins of men.  Further, I could never admit the Catholic rite of Communion, by means of the host (or holy bread), representing the body of Jesus Christ, a rite which seems to me to belong to [totemic] practices of primitive peoples, where the body of the ancestral totem, the taboo of the living ones, had to be consumed after his death, in order better to assimilate his personality.  Another point which moved me away from Christianity was the absolute silence which it maintains regarding bodily cleanliness, particularly before prayers, which has always seemed to me to be an outrage against God.  For if He has given us a soul, He has also given us a body, which we have no right to neglect.  The same silence could be observed, and this time mixed with hostility with regard to the physiological life of the human being, whereas on this point Islam seemed to me to be the only religion in accord with human nature.

The essential and definite element of my conversion to Islam was the Quran.  I began to study it, before my conversion, with the critical spirit of a Western intellectual […]. There are certain verses of this book, the Quran, revealed more than thirteen centuries ago, which teach exactly the same notions as the most modern scientific researchers do.  This definitely convinced me and converted me to the second part of the Kalima, ‘Muhammad Rasul ‘Allah’ (Muhammad is the Messenger of Allah).

I am very happy in my new faith, and proclaim once again: 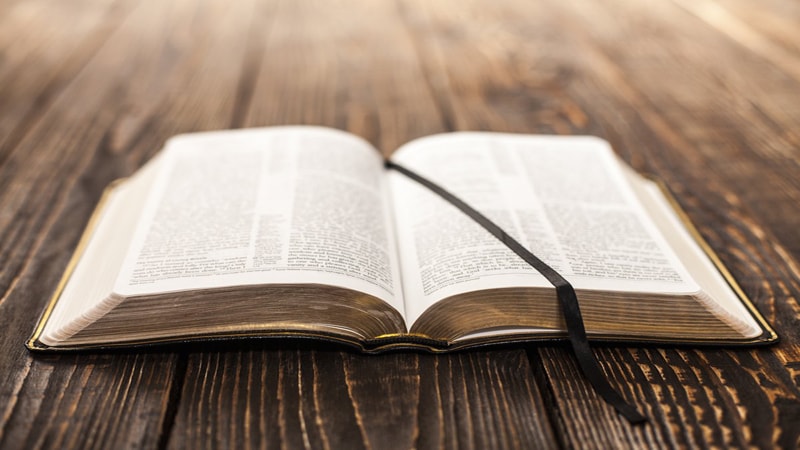 I love Islam and have peace now

My name is Abdullah DeLancey.  I am Canadian and I am employed as a Patient Service Worker at the local hospital. […] I was a Protestant Christian for all of my life.

My family brought me up in the Pentecostal Church until I was an adult at which time I moved to a fundamental Independent Baptist Church.

As a faithful Christian I was very involved at Church, giving lectures for the Adult Sunday School and other duties.  I was eventually elected as the Deacon of the Church.  I really wanted to further my dedication to God and decided to pursue a career as a Minister.

I was awarded a scholarship to help me start taking a degree in Divinity.  My goal was to be a Pastor of a Church or a Missionary.  […]

I thought it best to look at Christianity critically and ask some very serious questions about my faith.  I questioned the Trinity, why God would need a son, and why the human sacrifice of Jesus, as stated in the Bible, was needed to provide me with forgiveness.

I questioned the Christian belief of how all the righteous people in the Old Testament were “saved” and in heaven if Jesus wasn’t even born yet. […]

Realizing that I had always accepted Christianity, with blind faith for my entire life and never had questioned it, was perplexing to me.  How could I have not realized this before?

I could not find the answers in the Bible.  Once I realized that the Trinity was a myth and that God is powerful enough to “save” someone without the need for help from a son or anyone or anything else.  Things changed.  […]

I left the Church for good and my wife dutifully left with me, as she was having trouble accepting Christianity too.  This was the start of my spiritual journey.  I was now without a religion but believed in a God.

This was a very hard time for me and my family as Christianity was all we had ever known.  I had to search for the truth.  I began studying various religions and found them as false one after another.  Until, I heard about Islam.

Islam!!!  What was that? As far as I could remember, I had never known a Muslim and Islam was not heard or spoken of “as a faith” in my part of Canada.  Unless, of course, it was news stories talking bad about Islam. […]

But then I started to read a little about Islam.  Then, I kept reading a little more.  Then, I read the Quran.  This wonderful revelation of truth changed my life forever.  […]

I discovered the nearest mosque was about 100 miles away from my city.  So I promptly loaded the family van and drove my family to this mosque.  […] I asked myself, was I even allowed in the mosque because I wasn’t an Arab or a Muslim?

However, after arriving at the mosque, I quickly realized I had nothing to fear.  I was greeted by the Imam and the Muslims with a most warm greeting.  I found them very nice.  Nothing like the bad things the news always said about Muslims.

[…] After studying I was in shock.  How could I have been a Christian for so long and never heard the truth? I now believed in Islam.  I knew it and I wanted to convert.

I was put in contact with the small Muslim community in my city.  […]  Just before Friday prayer started and with most of the local Muslim Community present as witness; I testified that “La illaha ill Allah, Muhammadur Rasul Allah” (There is no God but Allah, Muhammad (PBUH&HP) is the Messenger of Allah).  I was now a Muslim.  It was the best day of my life.  I love Islam and have peace now.

Difficult times have come since I became a Muslim.  When people started realizing I was now a Muslim they would shun me or laugh at me, most of our old Christian friends have never talked to us again.  My parents have all but disowned me.

I love being a Muslim and it doesn’t matter if some of my fellow Canadians think of me as odd for becoming a Muslim.  Why? The reason is that I alone, am the one that will have to answer to God after my death. […] 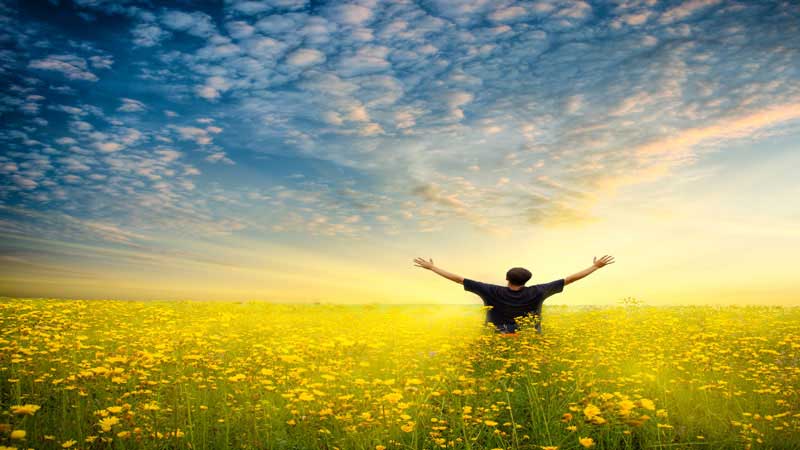 Tired of the Unanswered Questions

I would like to take the opportunity to share with you my journey to Islam as a new muslim and I feel that by sharing this experience I can help you on your journey through life.  We are all born into different cultures, countries and religions; in what often seems a confusing and troubled world.  Actually, when we examine the world around us, we can easily see what a troubled state it is in: war, poverty and crime.  Need I go on?  Yet when we look at our own upbringing and our education, how can we be sure that all the things that we have been told, are in reality the truth?

Unfortunately, most people in the world decide to try to hide and escape from the world’s problems rather than stand up and deal with the truth.  Dealing with the truth is often the harder avenue to follow.  The question is: Are you willing to stand up for the truth?  Are you strong enough?  Or, are you going to escape and hide like the rest?

I started my search for the truth a number of years ago.  I wanted to find out the truth about the reality of our existence.  Surely, to understand life correctly is the key to solving all the worldly problems that we are faced with today.  I was born into a Christian family and this is where my journey began.  I started to read the bible and ask questions.  I quickly became unsatisfied.  The priest told me, “You just need to have faith.”  From reading the bible I found contradictions and things that were clearly wrong.  Does God contradict himself?  Does God lie?  Of course not!

I moved on from Christianity, thinking the scriptures of the Jews and the Christians are corrupted so there is no way that I can find the truth from the false. I started finding out about Eastern Religions and Philosophies, particularly Buddhism.  I spent a long time meditating in Buddhist temples and talking to the Buddhist monks.  Actually, the meditation gave me a good clean feeling.  The trouble was that it did not answer any of my questions about the reality of existence.  Instead it carefully avoided them in a way that makes it seem stupid to even talk about.

I traveled to many parts of the world during my quest for the truth.  I became very interested in tribal religions and the spiritualist way of thinking.  I found that a lot of what these religions were saying had truth in them, but I could never accept the whole religion as the truth.  This was the same as where I started with Christianity!

I began to think that there was truth in everything and it did not really matter what you believed in or what you followed.  […]

I felt confused, I fell to the floor and prayed, “Oh, please God, I am so confused, please guide me to the truth.”  This is when I discovered Islam.

Of course I always knew something about Islam, but only what we naively hear in the West.  I was surprised though by what I found.  The more that I read the Quran and asked questions about what Islam taught, the more truths I received.  The striking difference between Islam and every other religion is that Islam is the only religion that makes a strict distinction between the Creator and the creation.  In Islam, we worship the Creator.  Simple.  […]  In fact, in Islam, the only sin that God will not forgive is the worship of creation.

However, the truth of Islam can be found in the Quran.  The Quran is like a guide book to life.  In it you will find answers to all questions.  […]  I had all the pieces all along but I just did not know how to fix them together.

I would therefore like to ask you to consider Islam now.  The true Islam as described in the Quran.  Not the Islam that we get taught about in the West.  You may at least be able to cut down your journey in search of the truth about life.  I pray for your success, regardless.