Full body ablution (Ghusl) refers to an Islamic ritual in which an adult (Mukallaf) Muslim is recommended to wash his/her full body with specific rulings.

The obligation of full-body ablution (Ghusl)

How to perform full-body ablution (Ghusl)?

The methods of full-body ablution (Ghusl) 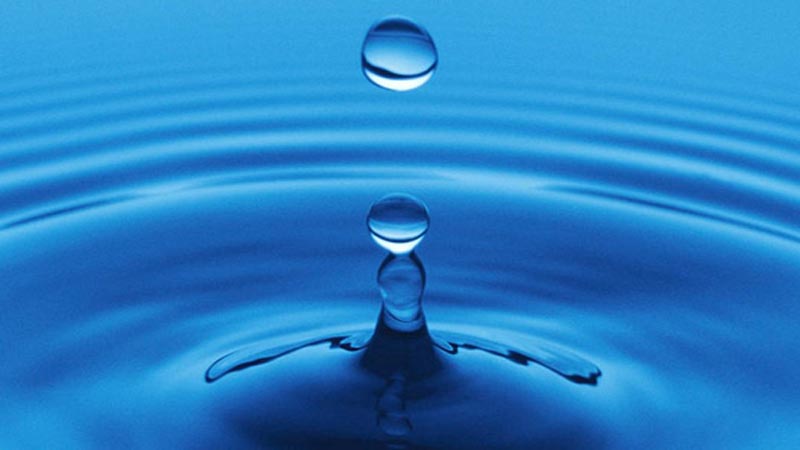 The water that is permissible for full-body ablution (Ghusl) can be Rainwater, Well water, water from spring, sea, or river water, water of melting snow or hail, the water of a big tank or pond. Ghusl is not allowed with unclean or impure water or water extracted from fruit and trees. [7]

How Does Hajj Unite all Muslims?

Unity between Muslims is considered as a crucial matter in Islam. Thus, the Quran compares discordance and disunity among Muslims to “a pit of the Fire”: "And hold firmly to the rope of Allah all together and do not become divided...And you were on the edge of a pit of the Fire, and He saved you from it." (3:103). Looking at the former nations, we find them honored and glorious when they were united, but disgraced and vulnerable when they fell apart [3]. Hajj, as one of the obligatory rituals in Islam, is one of the ways which encourages unity among Muslim nations. Let’s see how.

Every Muslim is Welcomed to Hajj, No Exception!

There is no other ritual, social, or political program in Islam greater than Hajj, where every Muslim from any corner of the world finds the chance to approach others and communicate with them freely.
Besides, it provides the opportunity to strengthen the emotional, social, and religious bonds with other Muslims. Hajj is a social kind of worship that represents the glorious Islamic unity through its numerous participants of various nationalities, skin colors, languages, and sects who are like brothers (49:10). They have left behind the religious conflicts, and follow the same intention, perform the same actions, and wear the same outfit.

In Surah Ma’idah, it is stated that coming together around Ka’aba makes Muslims powerful (5:97). In other words, the aim of Hajj for Muslims is not just performing some physical actions. It is to bring Muslims of different races and origins together to get acquainted, communicate with each other, initiate political, economic and cultural relations, and find themselves closer to each other despite their many differences.

Besides, Islam calls “every” Muslim to Hajj, which means that everyone, regardless of origin and skin color, is invited to the land of Allah. It reminds us of what the Quran says; that there is no superiority except rightfulness and the most righteous, is the noblest in the sight of Allah (49:13). This is an important message, especially for the less powerful Islamic nations, causing them to feel more confident and encouraging them to communicate with other Muslims, which ultimately results in a more united Muslim society.

Muslims Are Like the Hands which Help Each other

In a discourse that Prophet Muhammad (PBUH&HP) has given during one of his Hajj pilgrimages, he described Muslims as brothers, and like a single hand (a united community) when facing the enemies [2]. Emphasizing brotherhood among Muslims during Hajj shows that this ritual was a good representation of unity. Thus, Muslims are expected to support each other and be close to each other as they are during Hajj.

Two Axes of Solidarity in Hajj

During Hajj, Muslims can exchange ideas with Muslims of other sects. In the early years of Islam when non-Muslims also went to Mecca for their religious rituals, Prophet Muhammad (PBUH&HP) took this opportunity to introduce Islam to them and exchange ideas with them to spread his message and find followers in other cities, too. In Hajj, many misunderstandings and ideological conflicts can be discussed among Muslims, and the real beliefs of different sects about the others can be clarified. Hence, the wrong prejudgments and hostilities can be rectified. According to Imam Sadiq (AS), Hajj is a means to gather all Muslims from east to west to let them get acquainted with each other and achieve consensus [3].

Through the communications that Muslims have during Hajj, they find out the social achievements and national advances in other Muslim nations and might decide to follow their path. They also learn about the social problems and deficiencies of others and might find solutions by further cooperation. Moreover, they become aware of the real political situations of other Muslim countries, especially the difficulties that sometimes other countries impose on them. For instance, one of the goals of Hajj is to announce the support of Muslims for Palestinians and those oppressed in the world. This helps Muslims to become more united against common enemies of Islam.

To summarize, Hajj is a time that a Muslim finds him/herself in the accompaniment of millions of others who wear as simple as him/her and who repeat the same words as him/her as they move around Ka’aba. This is where “one” is transformed into the totality of ‘people’, establishing the universality of the Islamic community with the goal of approaching Allah.

Hajj is the most glorious manifestation of Muslims' unity, where millions of Muslims say "Yes" to the divine invitation and come together around the Kaaba in Mecca. You might have already read about the philosophy of Hajj and the details around it. Here, we answer some questions that you might want to know more about Hajj.

1. Who Built Kaaba and Why?

According to most of the references, Kaaba was first built by Adam (PBUH). Later on, in the era of Noah (PBUH), when a flood occurred throughout the whole Earth, Kaaba was not completely ruined but damaged. Some years later, the location of the Kaaba was shown to Prophet Abraham (PBUH) [1]. He had the mission to reconstruct Kaaba with the help of his son Ishmael (PBUH) [2]: "As Ibrahim raised the foundations of the House with Ishmael, [they prayed]: 'Our Allah, accept it from us!'" (2:127). According to the verses of the Quran, the reason to build Kaaba was to found a place of reward for humankind and a sanctuary [3] where people come to worship Allah: "And proclaim the Hajj to people" (22:27).

2. Who Can Perform Hajj?

As one of the practical principles of Islam, Hajj is obligatory only once in one's lifetime, if he/she fills some conditions that consist of:

To be of sane mind;
To have reached puberty;
To be free;
To have financial means (called Istita'ah), i. e., to have enough money to support oneself and his/her family on this journey;
To be in good physical condition, i. e., Hajj is not obligatory for the sick, the extremely old who cannot even move or those who are either unable or would face severe hardship;
To possess means for a safe trip.

If one fulfills all these conditions, then it is mandatory for him/her to perform Hajj.

3. Why Is the Phrase "Labbayk" Repeated?

Labbayk means "I am abiding upon your compliance" and is used to answer in the affirmative, to agree with, and accept an invitation [4]. The phrase Labbayk is one of the obligations during Hajj by saying which one can enter the state of Ihram [5].

According to Imam Kazim (AS), Allah Almighty will forbid the Hellfire to those who entered the state of Ihram during Hajj. Saying "Labbayk Allahumma Labbayk" is actually an answer to Almighty Allah in return to what He has said." [6]. In another narration, it is stated that this phrase is an answer to the call of Almighty Allah (22:27) to perform Hajj [7].

4. How Is Hajj an Expression of the Beliefs of Islam?

Hajj is the most significant congregation of Muslim society from all over the world that manifests how religion and society are linked. The rituals that must be performed during Hajj and the words that should be repeated remind us of:

Monotheism: the fundamental axiom of Islam that implies the existence of one creator, a divine source, and a higher power, and His absolute uniqueness and singularity;

Denial of all other powers: by testifying to monotheism, every other power, whether eastern or western, will be rejected. That means those who believe in monotheism won't be indifferent about the injustice, cruelty, and oppression that world powers inflict on their people or other countries;

The importance of unity: millions of pilgrims who have left behind the religious conflicts, and follow the same intention, perform the same actions, and wear the same outfit, represent the glorious Islamic unity;

International peace and amity: bringing together the people of various nationalities, skin colors, languages, and sects and considering all of them equal except for their degree of piety, encourage brotherhood and peace in the whole world.

Here we discussed some of the common questions about Hajj, but there is much more to know. If you have any questions in this regard, do not hesitate to write to us.