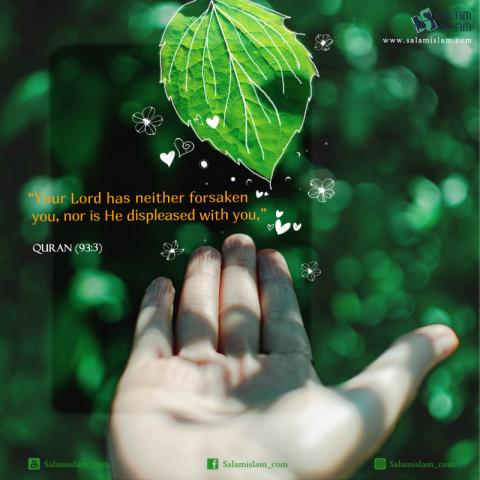 
In this verse, there is a particular assurance given to the Holy Prophet (PBUH&HP), for him to know that if after inspiration there were days and periods of waiting, it was due to valid reasons as which only Allah knew, but He would never be angry with him nor forsake him as the taunts of his enemies suggested Allah's Care and Mercy are always around him and supporting him.

" Your Lord has neither forsaken you nor is He displeased with you. " Quran (93:3)