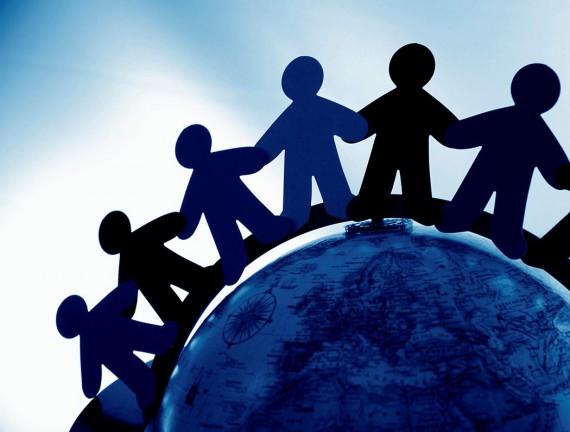 Total American Muslim population share projected to grow according to Pew Research Center. It estimates that there were about 3.3 million Muslims of all ages living in the United States in 2015. This means that Muslims made up about 1% of the total U.S. population (about 322 million people in 2015), and it is estimated that, the share will double by 2050.

The new estimate of Muslims and other faiths is based on a demographic projection that models growth in the American Muslim population since Pew Research Center's 2011 estimate and includes both adults and children. The projection uses data on age, fertility, mortality, migration and religious switching drawn from multiple sources, including the 2011 survey of Muslim Americans.

In some cities Muslims comprise significantly more than 1% of the community. And even at the state level Muslims are not evenly distributed: Certain states, such as New Jersey, have two or three times as many Muslim adults per capita as the national average.

Recent political debates in the U.S. over Muslim immigration and related issues have prompted many to ask how many Muslims actually live in the United States. But coming up with an answer is not easy, in part because the U.S. Census Bureau does not ask questions about religion, meaning that there is no official government count of the U.S. Muslim population.

Since Pew Research Center's first estimate of the size of the Muslim American population in 2007,  a steady growth in both the number of Muslims in the U.S. and the percentage of the U.S population that is Muslim has been noticed.

The other main cause of Islam’s recent growth is natural increase. American Muslims tend to have more children than Americans of other religious faiths. Muslims also tend to be younger than the general public, so a larger share of Muslims will soon be at the point in their lives when people begin having children.

There has been little net change in the size of the American Muslim population in recent years due to conversion. About one-in-five American Muslim adults were raised in a different faith or none at all. At the same time, a similar number of people who were raised Muslim no longer identify with the faith. About as many Americans become Muslim as leave Islam.