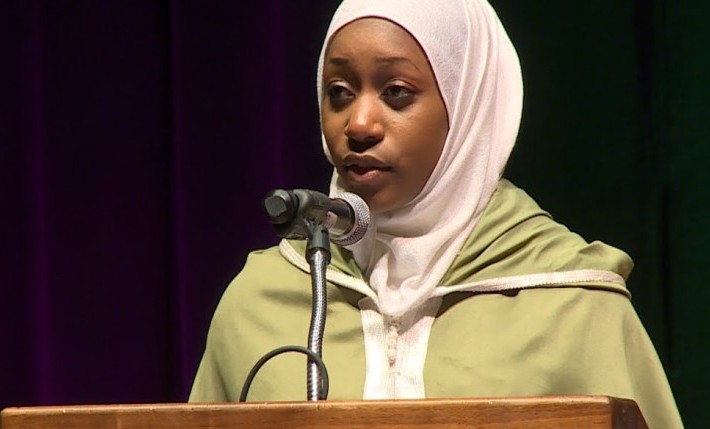 When Faatimah Knight reached out to her Muslim friends and acquaintances to try and help black churches that had been destroyed by fire, she had no idea how much they could collect.

Today, they have managed to raise just under $30,000 – money that will be used to help up to seven churches that were destroyed in the American south in the aftermath of the Charleston shooting and the campaign against the Confederate flag.

“We have been overwhelmed by how generous people have been,” Ms Knight, 23, told The Independent. “We will stop it today...We will figure out how to distribute the money.”

Ms Knight’s campaign – carried out as Muslims around the world marked the festival of Ramadan - followed a smaller, more modest enterprise she had set in motion in the days after the shooting dead of nine people at Charleston’s Emanuel African Methodist Episcopal Church on June 17. She and some friends wanted to gather $500 to send flowers; they ended up raising $900.

And when she and the same friends read about the series of churches that were burned down and the probe by the Federal Bureau of Investigation, they similarly wanted to act. At least three of the fires were said to have been arson - with fears they may have been destroyed by people disgruntled by moves against the Confederate flag.

A number of Muslim organisations have responded to her call, including the Muslim Anti-Racism Collaborative, the Arab American Association of New York and Ummah Wide, but she said people of other faiths had also donated.

“It’s Ramadan and we are experiencing firsthand the beauty and sanctity of our mosques during this holy month,” says a message posted on the launchgood.com website.

“ALL houses of worship are sanctuaries, a place where all should feel safe, a place we can seek refuge when the world is too much to bear.”

Ms Knight, a Masters student at the Chicago Theological Seminary, said of her acquaintances some people had questioned the campaign and asked why she was raising money for Christian houses of worship, as opposed to a Muslim cause. But most were supportive.

She said Islam taught of the need to protect the weak and vulnerable. She said while the black Christian communities of the South might not be weak, they were vulnerable.

She added: “Traditionally, when we have been on our best behaviour, we have created space for other faiths, and let people worship as they see fit.”