The Philosophy of Prayer in Islam

The prayer in Islam starts with standing. That is to appear in front of God gently and courtly with your whole heart and body; that is how one demonstrates the respect for others. Having the gaze down in Qiyam demonstrates the modesty towards God. It makes one forget about his\her superiority and helps to overcome his\her arrogance [2]. Also, knowing that one should stand five times a day in front of a superior power, who knows every overt and covert act and behavior, will eventually prevent from evil deeds and sins [2].

Intention (Niyyah) of the Prayer in Islam

We do many things every day, some of which are repetitive and by habit, and we are not even aware of why we are doing them. Prayer in Islam, one of those works, seems to be a physical practice. That is why the prayer must have a Niyyah to prevent the prayer from becoming a daily habit and to help the Muslim to recall the reason behind that. Hence, a prayer without Niyyah will be a set of physical movements, and it won’t be accepted.

Niyyah reminds one that he\she is showing up to demonstrate the submission to the divine orders. Having a pure intention in the prayer teaches to avoid duplicity. It is not necessary to repeat the words of the Niyyah. That is enough to recall it and to consider it throughout the prayer. Indeed, this should be considered during any other act or practice in daily life; firstly, to purify our intentions for God; then, to stick to that intention until the end.

The sayings in the prayer in Islam (Salat) start with Takbir. Takbir means to regard God as great. By saying Takbir, we express our belief that God is great. There exists nothing similar to Him. He cannot be perceived or touched by our physical senses and understanding [3]. Takbir reminds us of the Monotheism (Tawhid) which is the first pillar of Islam [4].

Bowing (Ruku) is a perfect demonstration of the gratitude and respect that a human being has for God, as a divine source and a higher power. And, this is a unique posture that a Muslim will never have in front of anyone else [5]. In Ruku, every individual, in whatever position and grade, bows to God which consequently reduces the arrogance and pride within him\her. Lady Fatima (AS) said: “God has ordered […] the prayer to purify you from arrogance and pride” [6].

According to Imam Ali (AS), holding the neck straight during Ruku shows that one believes firmly in Islam such that he\she won’t give up even if he loses his\her life (to have the neck cut) for this belief. Another point in Ruku is that it is a unique posture that only exists in the Islamic ritual and distinguishes the Islamic prayer.

Prostration (Sujood) is exhibiting the maximum humility and dignity for God. Imam Sadiq (AS) describes that one is closest than ever to God in this posture [7]. According to the Quran: “to Allah prostrates whatever is in the heavens and whatever is on the earth of creatures…” (16:49). This means that in that posture, the human being is in harmony with the whole universe and creatures.

Imam Ali (AS) explained that the first Sujood means that God has created us from the earth. Coming up from the first Sujood is the symbol of this worldly life. The second Sujood represents the death and returning to the earth. Finally, rising from the second Sujood symbolizes the afterlife [8]. According to the interpreters of the Quran, this refers to the fact that: “From the earth, We created you, and into it, We will return you, and from it, We will extract you another time” (20:55).

The Prayer in Islam, Beneficial to Soul as Well as Body

There have been some attempts in the recent years to analyze and justify the physical benefits of performing the prayer. Those discussions might be true, but they are not the whole reason behind this practical principle of Islam. The prayer is a means of worship that engages the body and soul and is beneficial to both. The reasons above are a small part of the philosophy behind the acts of the prayer. One might refer to the advanced references for more details.

What is the History of Ramadan?

Ramadan is the 9th month of the Islamic calendar. The root of the word in most of the dictionaries refers to strong heat or burnt earth. Some commentators use this meaning to refer to the heat and hardship that people endure during Ramadan fasting. However, there is another meaning for the root of the Arabic word “Ramadan” which refers to the clouds and the rain at the end of summer and beginning of fall. [1] Prophet Muhammad (PBUH&HP) says: “Indeed, it is called Ramadan because it burns the sins”. [2] In this narration both meanings can be adopted, since based on the first meaning it burns the sins, and based on the second meaning, it quenches the fire that is the consequence of sins.

Contemplating on the verse of the Quran “The month of Ramadhan is one in which the Quran was sent down as guidance to mankind, with manifest proofs of guidance and the Criterion…” (2:185), one can conclude that the second meaning that was mentioned for the word “Ramadan” is more suitable to describe this month; a month in which blessings and bounties of Allah (SWT) shower on His servants. One of those blessings as mentioned in the above verse is the Holy Quran which was revealed in Ramadan on the greatest night of the year: “Indeed We sent it down on the Night of Ordainment” (97: 1). In another verse, Allah (SWT) mentions, “We sent it down on a blessed night.” (44:3)

The three mentioned verses have some points that can help us think and discover if the month of Ramadan became a holy month after Prophet Muhammad (PBUH&HP) brought Islam, or was it always a holy month throughout history?

What does the Quran tell us about the history of Ramadan?

As mentioned in the above verses and other verses of the Quran, Allah (SWT) tells us that:
1-    The Quran was revealed in the Holy month of Ramadan. (2:185)
2-    The Quran was revealed on the night of decree. (97: 1)
3-    The night of decree is so high in a position that no normal human being can understand its status and value: “And what can make you know what is the Night of Decree? The Night of Decree is better than a thousand months.” (97:2-3)
4-    According to verse 44: 4, every firm ruling is dispatched on that night. These rulings are the decrees concerning the way the affairs of the world should run until the same time next year. Such a concept which is related to the creation should have been an eternal matter and could not have come about just by the advent of Islam. 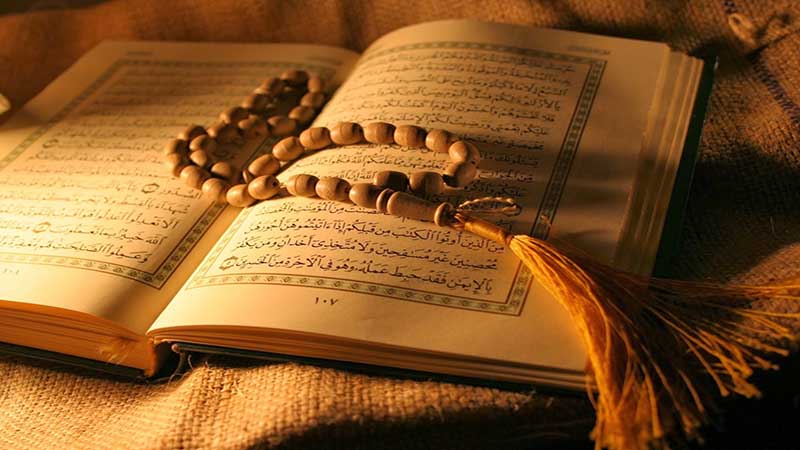 The word fasting is mentioned a few times in the Quran when Allah orders Prophet Zachariah (PBUH) and Saint Mary to avoid talking to people: “Then if you see any human, say, ‘‘Indeed I have vowed a fast to the All-beneficent, so I will not speak to any human today.’’ (19:26)

The above verse shows that there have been different traditions of avoiding specific things, which has been called fasting. However, the verse of the Quran that makes fasting an obligation on Muslims says: “O you who have faith! Prescribed for you is fasting as it was prescribed for those who were before you, so that you may be Godwary.” (2:183)

Looking into the rules and descriptions of fasting in Christian and Jewish traditions would certainly support the first view since neither of these religions have fasting in Ramadan as part of their traditions. However, some commentators, quoting Hasan al-Basri have argued that the verse refers to Christian fasting which was originally ordained to be in Ramadan but they changed it over time. They say that fasting during the Lent season which in Christian tradition is related to the testing of Jesus in the wilderness is not the original concept of fast in Christianity. Rather, what was originally prescribed for them was the fast of Ramadan, but since as a lunar month it circulated over different seasons, the leaders of the church decided to fix it in the spring and add ten days to it as an atonement for such a change. It was then called Lent and related to the 40 days of Jesus’s tests in the wilderness.

However, we have to regard this as an odd view, since nothing in history can support such a development. Thus, as most of the commentators say, as it was prescribed for those who were before you, means that people of previous Scriptures were also told to fast, although not exactly in the month of Ramadan.

However, there is a third view here which can be regarded as a combination of the above two views, and as a view that makes the sanctity of Ramadan of a primordial nature. It is narrated from Imam Sadiq (AS) that “Allah (SWT) has not made fasting of Ramadan compulsory on any nation before Muslims.” He was asked about the interpretation of the verse “as it was prescribed for those who were before you”, where he replied: “Allah had made fasting of Ramadhan compulsory on the Prophets before you, but He prioritized this nation by it and made fasting an obligation on the Prophet and his followers.” [4] This means although fasting of Ramadan was not prescribed for previous nations, the past prophets used to honor Ramadan by fasting during the month. Something similar to this is reported about Hajj too. It is narrated that although Hajj is an exclusive obligation of the nation of Islam, however, prophets of the past nations including Moses and Jesus performed Hajj.

It is also narrated that the first Prophet who fasted was Prophet Adam: “when Adam ate the fruit of the forbidden tree, that fruit remained in his stomach for thirty days, and it was then that Allah made the thirty days of fasting obligatory on Adam and his generation.” [5]

In conclusion, what could be firmly said, is that fasting is not an obligation specific to Muslims only. All nations who received Scriptures were also told to fast like Muslims are told to fast, although the details about how and when they must fast may have been different.
References:

Full body ablution (Ghusl) refers to an Islamic ritual in which an adult (Mukallaf) Muslim is recommended to wash his/her full body with specific rulings.

The obligation of full-body ablution (Ghusl)

How to perform full-body ablution (Ghusl)?

The methods of full-body ablution (Ghusl)

The water that is permissible for full-body ablution (Ghusl) can be Rainwater, Well water, water from spring, sea, or river water, water of melting snow or hail, the water of a big tank or pond. Ghusl is not allowed with unclean or impure water or water extracted from fruit and trees. [7]