As a New Muslim woman, I find the Islamic lifestyle fully responsive in every aspect of my life. Here, Salam Islam deals with different issues regarding women in Islam. Salam Islam is a platform to make those who convert to Islam, more familiar with the benefits that the Islamic life can offer them.

Islam pays specific attention to women’s rights in life. The important role of women in the family, in society and their huge influence in the world, has not been neglected in Islam, as well as their personal and spiritual life is strongly protected based on Islamic lifestyle. 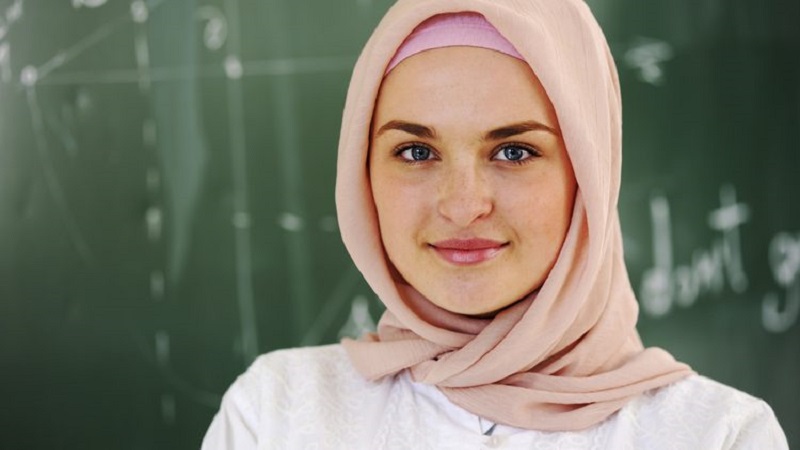 Personal life of Women in Islam

Muslim women’s life might sound boring for those who have not chosen the Islamic lifestyle. A new convert to Islam may find herself confused in different aspects of her life. Salam Islam explains that Muslim women, better than all other women, can enjoy their lives by having lawful fun.

The issue of the Islamic dress code or Muslim women’s Hijab is also discussed from different standpoints in Salam Islam. What does Hijab mean? Is there a history of Hijab in Abrahamic religions? Why at all should they wear Hijab and cover their hair? Is there a chance that one converts to Islam without wearing Hijab? Does the Islamic dress code change from time to time and place to place, based on the conditions of time and place?

Salam Islam also covers the important issue of women’s marriage. It tries to clarify women’s rights in the family, and their rights in choosing the right spouse. Since women’s dignity and respect is very important in Islam, therefore women are free to choose a spouse based on Islamic guidelines. It is explained why Islam will allow women to marry a non-Muslim man and live under his demand. 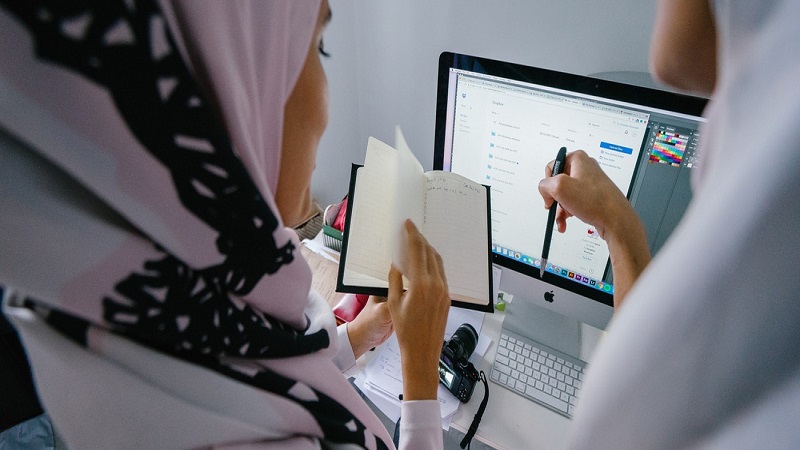 Women’s rights in Islam in society

The issues of women in Islam are sometimes wrongly described and understood in the west. Some western people based on their shallow understanding of Islam, undermine the high status of women in the whole system of Islamic life.

Salam Islam tries to answer most of the misconceptions regarding the aspect of women’s lives in society. Are women in Islam inferior to men? Can they have a career? Why should they cover themselves in society?  What about feminism and women’s rights in society?

Prominent Women in Islam and the History

Is there any practical and tangible model for the life of women in Islam? To answer this question, Salam Islam studies the life of prominent women mentioned in the Holy Quran and the history. By studying their life stories and events, one will be inspired to follow the lifestyle of such great role models to have a successful life like them.

What are the social rights of women in Islam?

Some people who are not well acquainted with the true Islamic teachings think that Islam has not provided for all Muslims equal social rights. And on account of the fact that Islam has made some distinctions between men's and women’s rights they conclude that the same distinctions are made in their social rights. As a result, the picture of women in Islam to them is usually the stereotype of an oppressed, inferior figure and bereft of any right.

The Concept of Gender Equality in Society

Islam is the religion of equality and gender is not a standard for the preference of one over another. In fact, Islam has not only taught the equality of all humans before God but also promoted it in the social sphere. Consequently, in the Islamic social system men and women are granted equal rights and there is no difference between them about their gender.

But, the point is that “equality” does not mean the “similarity” of their rights, since men and women are not identical to one another in many respects [1]. Therefore, we can deduce, although through comparing their rights a kind of disparity appears at the individual level, both of them privileges equal rights on the social scale.

The concept of women’s equal social rights is practically extended in all aspects of social life, and meanwhile, the “equality” does not reflect the meaning of “sameness.” Instead, it means that their social rights are equated in the matters related to self-worth and individual value to those of men.

Women are given a free hand to choose the occupation they want. But they have to note that their occupations should neither be incompatible with their physical and spiritual characteristics [2] nor in conflict with their duties towards their families.

The Right of Traveling and Activity in An Ethical Society

There is no restriction on women traveling alone if it is not inconsistent with the interests of their families. And regarding their social presence, it is a women’s right to be protected from men’s malicious eyes, whose obligation is casting his eyes down towards them [5].

The Social Security, Juridical and Political Rights of Women in Islam

In the Islamic social system, an equal emphasis is given to women for benefiting from social security systems and social services [6]. Also, women’s right in benefiting from Islamic legal and juridical systems is equally safeguarded.

Many stories from the early period of Islamic history deal with women who referred their disputes to the Prophet (PBUH&HP) in the same way as men sought his judgment [7]. Moreover, not only they share the right of election and the nomination to political offices with men but also can access the highest levels of political authority due to the Islamic laws, provided that it is not inconsistent with their physical and spiritual capacities and their responsibilities towards their families [8].

The Right to Have Education

This right is so much important that Prophet Muhammad (PBUH&HP) once commanded that even slaved girls should be educated [9] and in one famous narration he considered seeking knowledge an essential task for both sexes [10].

In the light of the above facts, we can conclude that the idea of inferiority of the social status of women in Islam to men is void and baseless. However, as it was mentioned earlier, men's and women’s social rights are “equal” and not “similar” due to great differences between their characteristics.

That is why the social obligations of women in Islam are narrower than those of men; as Islam has exempted them from the burden of providing maintenance for the family [11] and even some religious practices.

4 Facts for Muslim Women in Choosing their Clothes

Finding appropriate clothes can be one of the challenging issues of Muslim women. Living in modern societies necessitates its own lifestyle, including dress code and style, which is different in the four corners of the world. If a woman decides to choose Islam as her faith, what shall she wear?

Once, Imam Sadiq (AS) was wearing a nice expensive suit. A man called Sufiyan Souri saw him in The Holy Mosque and said: “O The son of Allah’s Prophet, I swear to Him that Neither Prophet Muhammad (PBUH&HP), nor Imam Ali (AS) and none of your forefathers wore such an expensive suit!”

He answered: “They were living at a time when most of the people were poor and in need. But today is different. Most people are living a good wealthy, abundant life. This is the time when the good servants of Allah are the most deserving to take advantage of Allah’s blessings.”

Then he recited this verse of the Holy Quran:

Say," Who has forbidden the adornment of Allah which He has brought forth for His servants, and the good things of [His] provision?" Say," These are for the faithful in the life of this world, and exclusively for them on the Day of Resurrection." Thus do We elaborate on the signs for people who have knowledge. Quran (7: 32) [1]

Islam does not forbid us from wearing clothes in line with the society, geographical location, culture, and tradition of the age and country we are living in, but it has some considerations. First, we need to discuss them in general and then refer to the issue of Muslim women.

Standing out and attracting the attention of the people around may cause disrespect and disregard for a Muslim woman or man. Peacocking undignifies the human soul and rather values the physical attractions of the human body. A believing Muslim considers everyone, and never pretends to be rich or poor with the dress he/she wears. Muslim women are special in that field, meaning that Islam insists on their dressing in a particular way. They are believed to be worthy of their soul, their femininity, and above all, for their humanity, not their sexual attractions, which can be a cause of abuse or disrespect in society.

Peacocking is not just a matter of wearing cheap and worn-out clothes or expensive luxurious suits, but it consists of any clothing which attracts irregular attention either with its color, thickness, texture, smell, or even its design.

Imagine that you have attended a funeral in India. White is the color of mourning, and red is the color of feasts and marriage. At that funeral, you encounter a person wearing a red dress, with lots of jewelry and extravagant style. Everyone looks cross at that person. That will be a sign of disrespect for the mourners and might even cause insult and struggle in the middle of the ceremony. And this is against the Islamic culture which is against disrespect and anything counter social.

2. Men Are Men and Women Are Women.

Genders are different from one another, and a healthy society needs them both, each with their definitive characteristics. So, women should look feminine, and men need to take what is masculine. However, there are clothes which both genders wear; like blouses, suits, and trousers, and nothing is wrong with those. But coloring nails or wearing makeup is pretty strange and unusual on a man, and Islam forbids that kind of peculiar look.

Wearing clothes that belong to unbelievers makes Muslims look like them; as if they are following their beliefs, commands, etc. For instance, we all know that rotated star in a circle is a sign of Satanism. They are examples of clothes that a believing Muslim is to avoid. Any sign, style, or design which might relate to the unbelieving system of thought makes that person seem to believe or appreciate that system of thinking, be it willingly or unwillingly. Here it necessitates Muslims to think and analyze the clothes they choose to wear.

The clothes that a Muslim wears must be Halal; meaning that it mustn’t belong to someone else who does not want that person to wear what belongs to him/her. The clothes of a Muslim are pure because they tidy up any sign of untidiness from that. It is neat and clean, the habit which is very much praised in Islam.

Imam Sadiq (AS) says: “wear clothes and adorn yourself. Truly, Allah is beautiful, and He likes beauty, but that has to be Halal.”

Modern fashion is becoming more and more complicated these days. The coming of new casual or formal styles might put Muslim women in dilemmas. In this case and similar occasions, they just need to remember the considerations above, besides Hijab, which is discussed in our article Hijab in Islam. Tips on the infographic of How to wear Hijab in Islam might be helpful, too.

At last, we need to remember that Islam never forbids anyone from being a person for the age he/she is living in. It just asks everyone to observe the rules of Islam and respect the community and society they are living in.