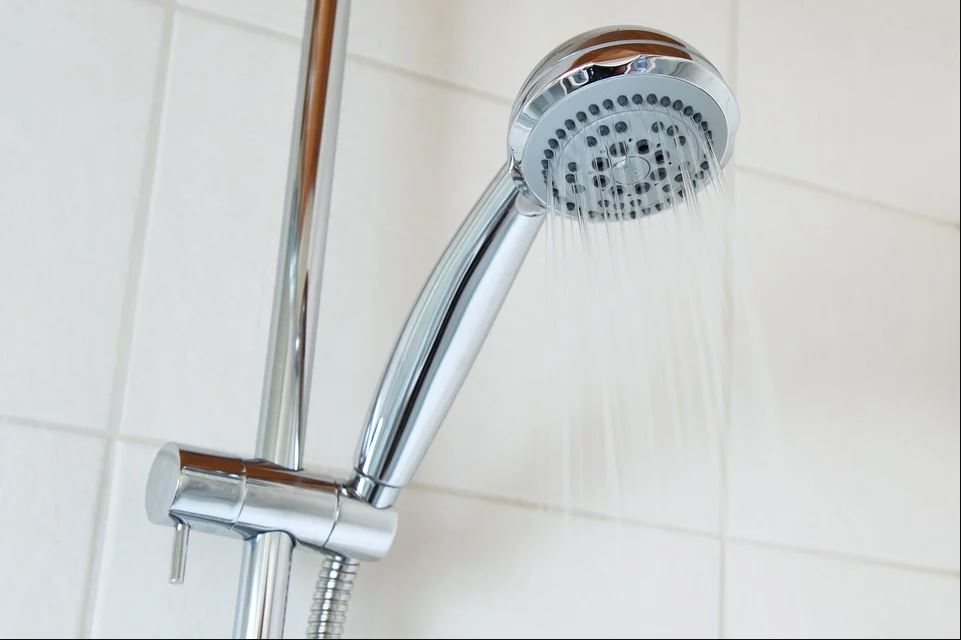 Full body ablution (Ghusl) refers to an Islamic ritual in which an adult (Mukallaf) Muslim is recommended to wash his/her full-body with specific rulings. 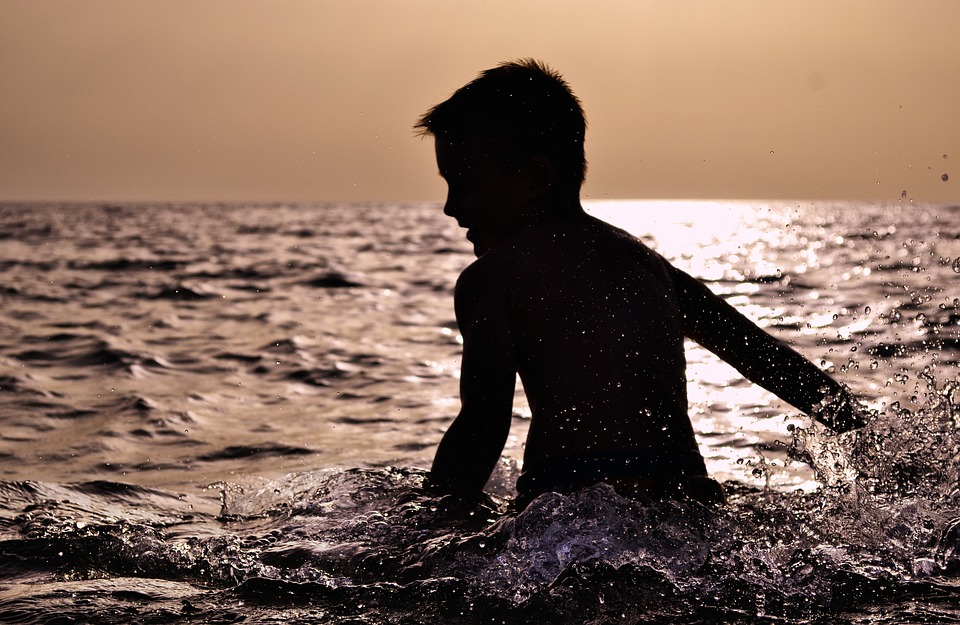 The water that is permissible for full-body ablution (Ghusl) can be Rainwater, Well water, water from spring, sea, or river water, water of melting snow or hail, water of a big tank or pond. Ghusl is not allowed with unclean or impure water or water extracted from fruit and trees. [7]

What Does Salvation in Islam meaning?

According to dictionary definitions salvation means “deliverance from the power and effects of sin” [1]. Even some people believe that all Abrahamic religions have been sent to human beings to free them from the effects of their sins and guide them to the path of salvation. However, there are some major differences in the way that followers of different Abrahamic religions believe in the concept of salvation and that the above definition is not necessarily compatible with the Islamic meaning of Salvation. Therefore, this article is a study on the concept of salvation in Islam and tries to point out its major differences with Christianity.

The Concept of Original Sin: Rational or Not?

Before starting the argument about the concept of salvation in Christianity, it is important to point out the two main ideas of Christian Catholic theologians:

According to some Christians’ opinion, death and sin are transmitted to the human race generation after generation, "for as by the disobedience of one man, many [i.e., all men] were made sinners" (Romans 5:19) [3].

Now let us study how Christianity explains the concept of salvation for men who are all born sinners.

The Concept of Salvation in Christianity

Some Christian sects believe that all men are born sinners, and it becomes more complicated when the belief comes to the point that says “no amount of human goodness, human works, human morality, or religious activity can gain acceptance with God or get anyone into heaven; the moral man, the religious man, and the immoral and non-religious, are all in the same boat” [4].

“In the Christian doctrine of salvation, God has rescued man through Christ (John 3:17). Specifically, it was Jesus’ death on the cross and subsequent resurrection that achieved man’s salvation (Romans 5:10; Ephesians 1:7). It is explicitly stated in The Bible that salvation is the gracious, undeserved gift of God (Ephesians 2:5, 8) and is only available through faith in Jesus Christ (Acts 4:12)” [5].

The Concept of Salvation in Islam

There are a few differences between the story of Adam and Eve in the Bible and the Quran, one of which is the concept of original sin in Christianity that is contrary to the Islamic teachings. According to Islam, we are all born pure and even if we consider Adam’s act as a sin [i], it is not logical to count it as an everlasting sin for the whole human generation. According to Islam, everyone is responsible for his/her own acts: “no bearer of burden shall bear the burden of another” (6: 164).

Therefore, according to Islam, salvation is not defined as the human’s deliverance from the original sin, but it is a path that guides human beings towards spiritual development and reaching God.

Even following the prophets in Islam, never means that the human generation can be saved by having belief in their prophethood, but it is by following their guidance and the rules of religion and by doing “righteous deeds” (7:42) that one can reach salvation:

“And those who have faith and do righteous deeds—they shall be the inhabitants of paradise; they will remain in it [forever].” (2: 82)

By finding the answer to the above question, we will realize the Islamic viewpoint on the concept of salvation and the role of Prophets and people in attaining it.

What Are the Burdens and Shackles on the Human Shoulders?

The Quran exegetes have different interpretations of burdens and shackles that are mentioned in this Holy Book; including superstitions, wrong habits, and traditions, ignorance, discrimination, false rules of the society, oppression, and dictatorship of the government, etc. It is also said that these burdens were those hard rituals and laws that God had obliged over the Jews [6].

But the deliverance that prophet brings for people is not reachable by sacrificing himself. As it is mentioned in the Quran the duty of prophets is to invite people to the right path and teach them the book and purify them by giving them the guidelines for a successful life (24: 54). However, it is the human himself who has to choose and do righteous deeds to reach salvation.

Therefore, according to the Quran sins cannot be transmitted from one person to another, just as a prophet cannot take away the sins of his people by sacrificing himself; “No bearer shall bear another’s burden” (17:15).

Salvation in Islam opens the gate of hope into people’s hearts. Unlike Christianity, in Islam people are not sinful and can reach the closest levels to God and His messengers by doing righteous deeds, acting according to the religious rules and living a decent life. And having true faith in God and his apostle is necessary but not enough.

As mentioned in the Quran, the human is a creature that “its virtues and vices” are inspired to him and it is the human who chooses one and leaves the other behind [7]. Therefore, in the Islamic doctrine, it is the human’s free will that makes his/her destiny; “one who purifies it (the soul) is felicitous, and one who betrays it fails” (91: 9-10).

To sum up, believing in Jesus and his sacrifice for the salvation of human race is not acceptable according to Islam. But the only way of salvation is the belief in the prophets, especially the last one, Prophet Muhammad (PBUH&HP), and in the messages that he delivered to us. These messages invite us to do righteous deeds based on our conscious act and choice. And if the belief is not accompanied by righteous deeds it will not lead to salvation.

[i]. Muslims believe in the infallibility of prophets. Also, the reason for which Muslims do not count Adam’s act as sin is that at his time there had been no religion and no specific frameworks for human behavior. And God had not ordered him not to eat of the forbidden tree, but He recommended Adam and Eve to keep away from that tree. Therefore, they had not committed a sin, to face punishment, rather they had chosen to take an action regarding the forbidden tree and they faced its consequences.

What Is Friday Prayer And How Is It Performed?

“O believers, when the proclamation is made for prayer on the Day of Congregation (Friday), hasten to God's remembrance and leave trafficking aside. That is better for you did you but know.” (62:9)
What do you think as you see a crowd of people gathered in one place, in regular rows? Acting altogether, simultaneously and in a well-organized manner? And they are dressed beautifully and smell good? Especially when they are hundreds and thousands? I see this as a glorious union. You can find this kind of forgathering in a Friday prayer.

Islam emphasizes three congregations: Haj which is held annually in a large scale, weekly Friday prayers and daily congregational prayers. Hajj is God’s plan to bring huge amounts of people together in Mecca, to show the power of Islam and unite the Muslims; besides its specific spirituality. Imam Baghir (AS), the fifth Imam, mentions Hajj as one of the five bases on which Islam is founded. [1]
Friday prayer is of such high importance and value that when a person said to Prophet Muhammad (PBUH&HP) that he has got ready several times to go to Hajj but has not managed to, our prophet (PBUH) told him to attend Friday prayer which is Hajj of the poor. [2]

These show that Friday prayer has many characteristics of Hajj and can be influential in the same way, on a smaller scale though.

In several narrations from the last prophet (PBUH&HP) and his household, Friday is known as the best night and day of the week. It is recommended to perform full ablution (qusl), wear your best clothes, cut nails, brush your hair and beard, trim mustaches and wear perfume on this day. One of the main reasons for these recommendations is getting ready to show up among Muslims in Friday prayer.

Friday prayer (Salat al-Jumu’ah) is an Islamic ritual. It begins with two khutbahs (orations) by Imam al-Jumu’ah in which he advises people toward observing virtue. In the first one, he elaborates on religious concepts. In the second one, he discusses political and social matters of Muslims’ community.

Then Friday prayer is performed in congregation. It consists of two rak’ahs (parts). Each rak’ah has a qunut (raising hands); in the first rak’ah before ruku’ (bowing), in the second one after ruku’. Friday prayer and the two orations before that are a substitution to the four-rak’ah Salat al-Zuhr. After that, a four-rak’ah Salat al-Asr is performed. Please note that:

- Except for the Imam, there should be at least four people for a Friday prayer to be held. [3]

In an ordinary situation, i.e. the presence of innocent Imam, Friday prayer is a determinate duty. That is the same duty should be done and it cannot be replaced by another one. But now that the twelfth and last Imam, Mahdi (AS) is absent, Friday prayer is a selective duty. Which means you can choose between performing Friday prayer or Salat al-Zuhr. [5]

Yet, considering its profits, Muslims should pay special attention to Friday prayer.

Why Is Friday Prayer Highly Recommended?

Imam Reza (AS), the eighth Imam, states the importance of Friday Prayer and its Khutbahs comprehensively: “Because Friday is a public rendezvous, khutbah on Friday has been arranged to be a means for governor to advise people and to encourage them to obedience and to warn them of disobedience and to inform them of God’s will about their interest of religion and world and let them know of what has happened to them in the world and of events in which they have disadvantage or advantage.”[6]

- We are forgetful beings. We need to be advised repeatedly so that we may not neglect the afterlife, miss the path, and forget necessities of the society.

- See these daily and weekly prayers as the stages of a ladder. By each prayer, we should take a step upwards. By praying, we are communicating with God and by practicing in a regular program, we can enhance the quality of this communication.